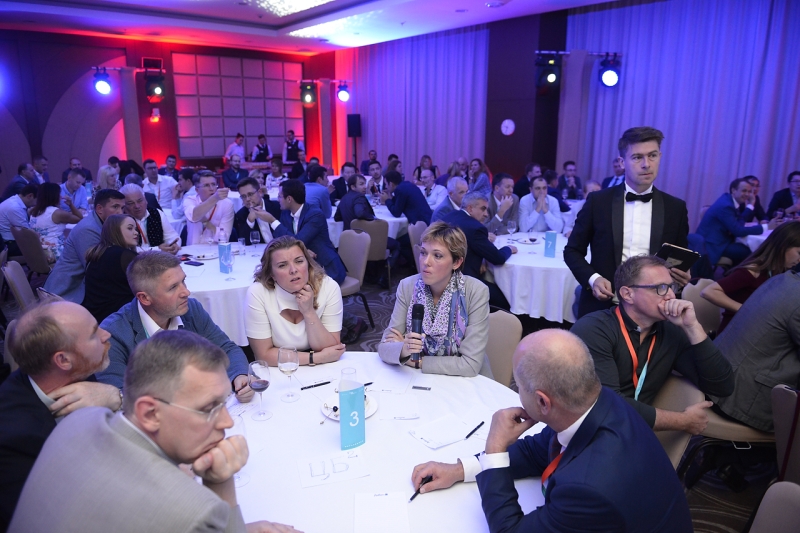 This unique theme was developed specifically for the FINOPOLIS 2018 Forum. The organizers had the idea for the theme of the game to echo the focus of the actual event since the technologies and projects that are being presented at the Forum are part of the near or distant future.

The participants in the Nontrivial Game not only discussed the ideas of futurologists, but also peered into their own future by tearing off petals from prophecy trees.

The Nontrivial Game included 16 teams and more than 100 players, most of whom were taking part in the intellectual game for the first time. The game was hosted by master Alexander Druz. The atmosphere of the famous elite game was complemented by expert Mikhail Skipsky, who served as a co-host.

The game was organized by the Roscongress Foundation and St. Petersburg’s Nontrivial Club.