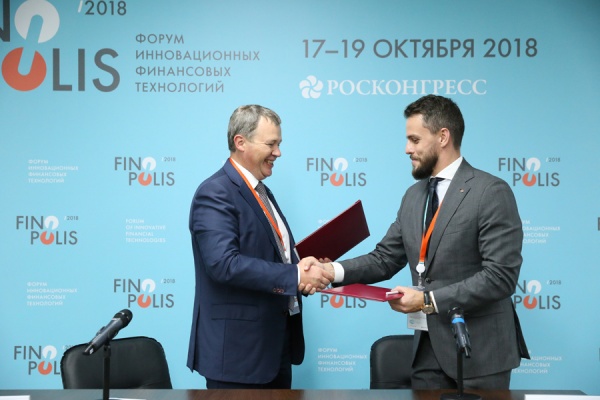 Group-IB, an international company specializing in the prevention of cyberattacks, and AlfaStrakhovanie, one of Russia’s largest insurance companies, have announced that they are to work in partnership to launch AlfaCyber, a new product helping to minimize the consequences of cyberattacks. It will also provide customers with timely and structured protection against financial losses and reputational damage.

The partnership agreement was signed on 18 October at the Finopolis Forum 2018 in Sochi. Putting pen to paper were Vladimir Skvortsov, General Director of AlfaStrakhovanie, and Ilya Sachkov, founder and CEO of Group-IB. The partners’ statement sets out a number of products which will be promoted jointly by the two companies. These include cyber insurance, pre-insurance risk assessment, reaction to cyber incidents and investigation, and support during judicial proceedings.

Cyberattacks have reached unprecedented levels, and were highlighted as a key issue in the World Economic Forum’s (WEF) Global Risks Report, alongside environmental and geopolitical risks. According to the WEF, the economic cost of cybercrime last year reached USD 1 trillion – a figure which is expected to double or even triple by 2020.

Russian-speaking cybercriminals are responsible for around 80% of highly complex cybercrime in the world, and all new viruses, templates, and scenarios for targeted attacks are tested at Russian banks, companies, and organizations. According to Group-IB, losses in the past three years (H2 2016–H1 2018) from cyberattacks in the Russian financial sector alone amounted to over USD 166 million.

Banks and financial organizations most frequently find themselves in the line of fire, but the potential cyber insurance market is much wider. Any company which stores, processes, and distributes data is at risk. With each year, transport and industrial enterprises, factories, energy companies, airports, metro systems, and other infrastructure of strategic importance attract more and more attention from cybercriminals and state-linked hackers. Attacks on industrial companies’ IT infrastructure grow at an annual rate of 20%.

Understanding the key importance of insuring against cyber risks, AlfaStrakhovanie has been working in close cooperation with Group-IB to launch a new and unique product on the Russian market – AlfaCyber. This new insurance policy, in conjunction with Group-IB’s 15 years of experience in preventing cyberattacks and investigating cybercrime, will enable businesses and government organizations to minimize their financial and information risks. It will also help them mitigate the consequences of a crisis, should an attack by cybercriminals be successful.

“Unlike traditional business risks, such as industrial disasters, legal prosecution, or union action, cyber incidents can reach any part of the world, and paralyse a company. The question is merely whether the company can deal with the consequences of such incidents, and to what extent it is willing to sustain losses. It is vital that cyber insurance can help protect a customer’s data even before an attack takes place. Insurance programmes involve an audit. Experts identify the biggest risks to their customer, and provide recommendations as to how to minimize the consequences of an attack,” said Group-IB’s Ilya Sachov.

“Together with Group-IB’s leading technology, this new policy to defend against cyber risks will help virtually any business to minimize their financial and information risks. The basic policy provides protection against losses and corruption of data (including virus encoders), software bugs, and the release of personal data, and also includes an investigation and diagnostics of cyberattacks. Other risks may also be covered on top of this, such as loss of access to IT systems and errors made by personnel – whether accidental or deliberate – which lead to such consequences, damage or destruction of computers or manufacturing equipment, injury, and third-party liability. We are delighted to be working with Group-IB, a leading company offering real expertise in cybersecurity,” said Vladimir Skvortsov.