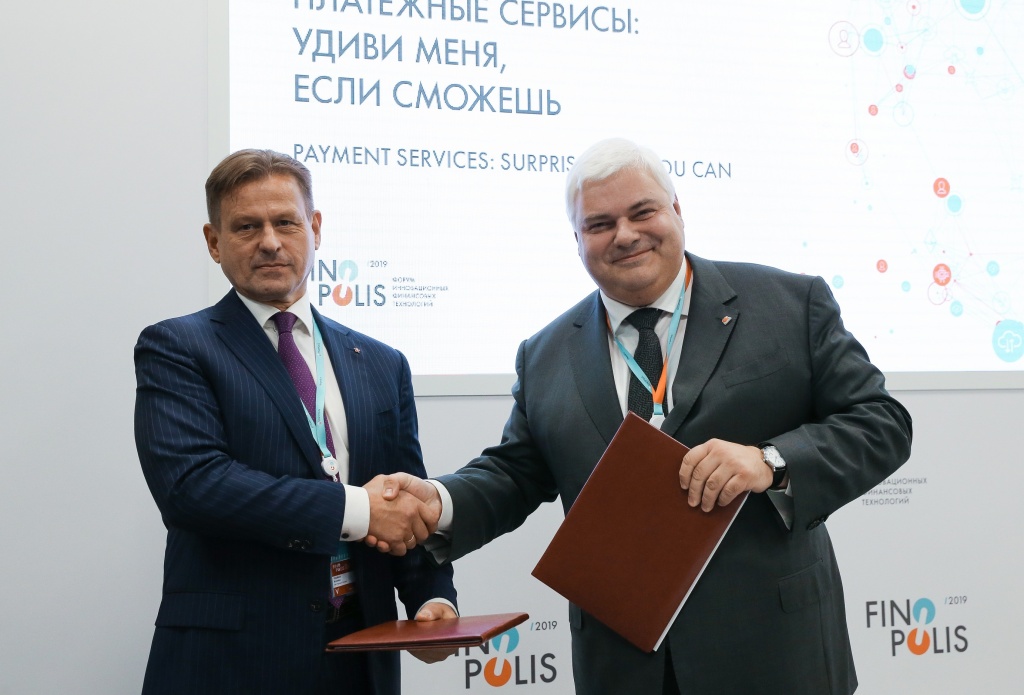 MasterCard and the National Payment Card System want to incorporate cross-border transfers to the UK and other European countries in the Central Bank's Faster Payments System. So far, customers have only been able to make transfers through this system within Russia.

MasterCard and the National Payment Card System (NPCS, operator of the Russian Mir Payment System) plan to launch transfers abroad through the Central Bank's Faster Payments System (FPS). The companies signed a cooperation agreement at the FINOPOLIS Forum in Sochi and will create a working group to ensure its implementation, RBC reports.

According to an NPCS press release, cross-border transfers will be the next step in the implementation of the strategy to build an FPS and will contribute to the development of a cashless economy in Russia.

Currently, transfers through the FPS are available to all customers of major banks in Russia except for Sberbank, which is developing its own online and mobile payment system. However, by law, all banks are required to connect to the FPS. The Bank of Russia is working with Sberbank to connect it “as soon as possible”, said Bank of Russia Governor Elvira Nabiullina at the FINOPOLIS Forum.

By working with the NPCS we can integrate the FPS into the global ecosystem of Mastercard instant payments, believes Alexey Malinovsky, the head of Mastercard in Russia. “NPCS and Mastercard are joining forces so that customers of banks connected to the FPS can make fast interbank cross-border transfers. This meets their growing expectations for all types of payments from everyday card-to-card transfers to payments between businesses,” said Vladimir Komlev, CEO of NPCS.

At a FINOPOLIS session, First Deputy Governor of the Central Bank Olga Skorobogatova said that it was not possible to make cross-border transfers through the FPS. “Clients want to make transfers to different countries, and transfers not just from card to card, but from one account to another. It is very fast and very cheap. I hope that this agreement will enable transfers to be made from Russia to the countries where MasterCard has already established such fast payments systems. Besides being fast, these transfer can be done online and are cheap,” she said.

At the request of the RBC, the press service of MasterCard clarified that transfers through the FPS may be launched to the UK and other European countries, where MasterCard operates the Vocalink, Nets and P27 payment systems. Another MasterCard system, Transfast, operates in 125 countries, including North and South America, Asia and Australia.

Earlier, Sberbank launched a Visa and Mastercard international money transfer service in its mobile application for Android. Money can be sent in roubles, dollars and euros to the card of any country with the exception of the USA, Taiwan, Cuba, Iran, North Korea, Somalia, Sudan, Syria and Japan. The maximum value of a single transfer is 150,000 roubles (or its equivalent in foreign currency). The commission is 1% of the value of the transfer.