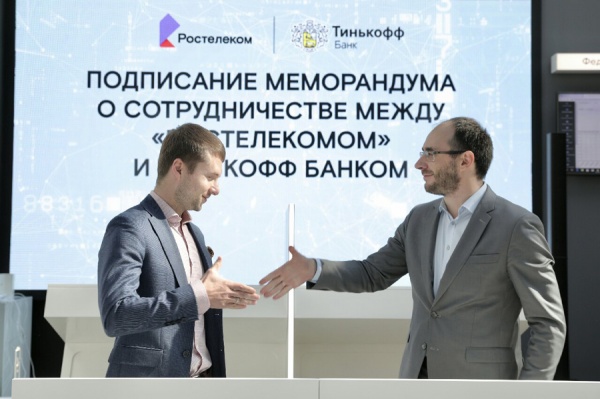 Rostelecom and Tinkoff Bank signed an agreement on cooperation as part of the Unified Biometric System (UBS) during FINOPOLIS 2018. Tinkoff Development Centre has become one of the biometric data vendors in the UBS, which was developed and is operated by Rostelecom. Tinkoff Bank will be responsible for recognizing clients’ voice samples during remote identification.

Testing on the algorithm used by the Tinkoff Development Centre has been a success and the technology is ready to be introduced in the UBS.

“Today, the Tinkoff Development Centre algorithm has been tested and is ready to be used to process voice biometric data in the Unified Biometric System. The voice recognition algorithm employed by Tinkoff Development Centre will be incorporated into the Unified Biometric System in the near future”, Rostelecom Digital Identity Director Ivan Berov said.

Berov said the algorithm must be tested to confirm its operational capabilities with respect to the accuracy of voice recognition and data processing speed in order to become a vendor in the UBS.

Tinkoff Bank noted that the bank has been successfully using its own voice biometrics at its call centre since 2017.

This has reduced the time required to confirm a client’s identity at the call centre by 75% – from 60 to 15 seconds, Tinkoff Bank Vice President and Director of New Product Development Alexander Yemeshev said. “We have conducted further retraining on the biometric algorithm specifically for integration with the UBS in order to further enhance its efficiency”, he added.