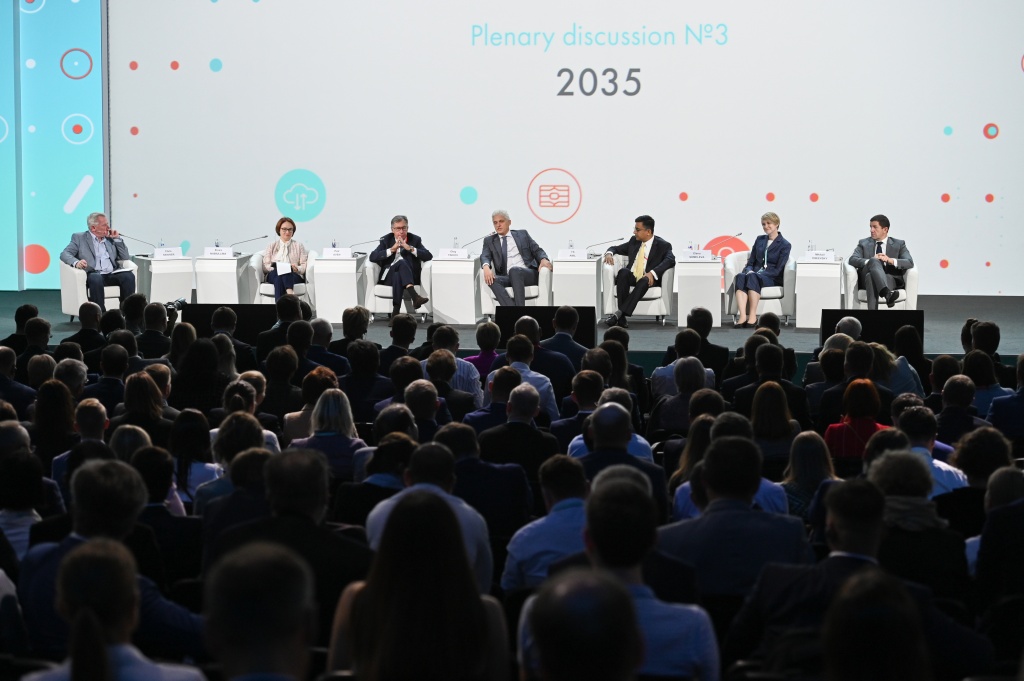 SOCHI, 11 October– PRIME. The financial market will be significantly transformed in 15 years’ time, which will contribute to technological development.The Bank of Russia is aware of this challenge and will be restructured along with the market, explained head of the Central Bank Elvira Nabiullina during the “2035” plenary discussion at the Forum of Innovative Financial Technologies Finopolis.

In general, she noted that today, it is difficult to predict the future: if earlier forecasts were made for 100 years ahead, it is now difficult to predict what will happen in even 15 years. Technologies will quickly replace each other and change people’s entire way of life, as well as the economy and finance.

“In Russia, we often worry that small players on the financial market cannot afford to make large investments in what now defines the technological way of life. But I think that technology will actually become cheaper, access to it will become easier and the price of some sort of human factor, human relations will go up and up”, noted Nabiullina.

She is confident that competition will intensify in the future. The success of companies will be determined not so much by their access to data, but by their ability to quickly analyse this data and build business models faster.

“Banks and financial institutions will go beyond their borders and new participants will come. This will, of course, constitute a challenge for regulators: how can they regulate this space? And it will be necessary to regulate it because the risks to consumers will remain. They will be different. They will be related to technology, cybersecurity, and there may be risks that we cannot currently imagine,” said Nabiullina.

The role of the regulator will remain important, noted the head of the Bank of Russia, but it will have to be rebuilt. This is due to the fact that currently, regulation is carried out by institutions – banks, insurance companies, etc. Financial market regulation should be flexible and open to innovation, despite the fact that the world’s central banks are inherently conservative, said Nabiullina. According to her, conservatism itself can be a risk factor.