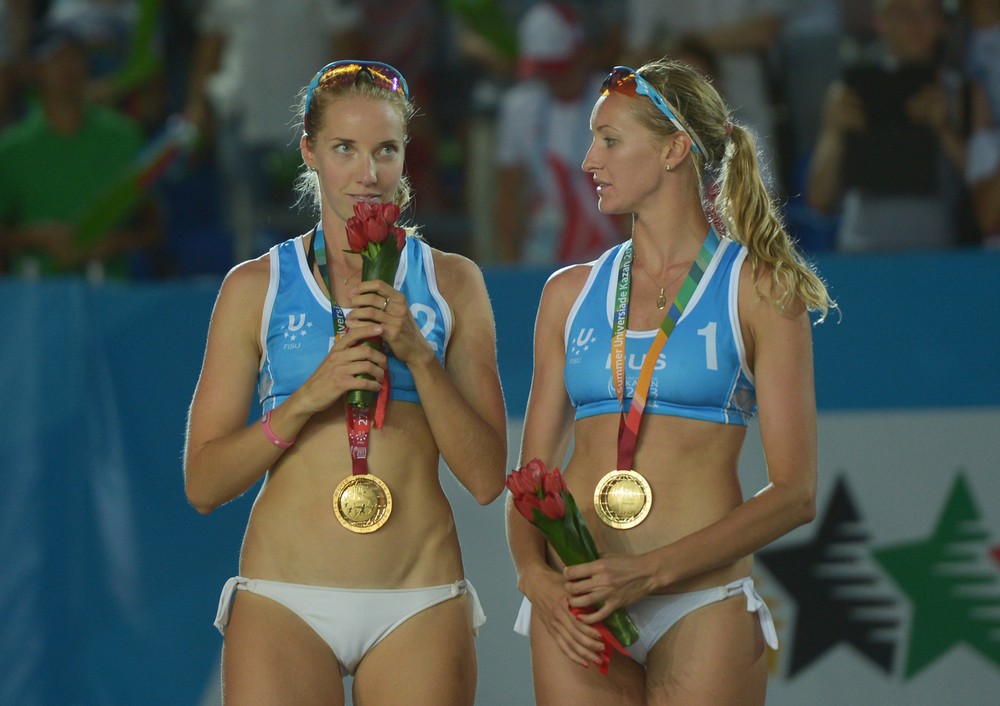 A beach volleyball tournament will be the main highlight of the FINOPOLIS 2019 evening of sports, which will be held on 9 October. Evgenia Ukolova and Yekaterina Birlova, global beach volleyball starts, will compete alongside the Forum participants.

Ukolova is a world-class master of sport, seven-time champion of Russia, Universiade champion, silver medallist at the European Championship in 2015, medallist of the Beach Volleyball World Tour stages, and winner of the Open Cup of Russia. She also represented Russia at the 2012 Olympic Games and World Championships.

Birlova is a world-class master of sport, four-time champion of Russia, vice champion of Europe 2015, a participant in the 2012 Olympic Games, and a champion at the Universiade in Kazan in 2013.

The beach volleyball stars will play on teams alongside representatives of the fintech industry. Four teams will compete for first place, with each team having two Forum participants and two professional volleyball players.